How to Tell if Vegan Butter Is Bad 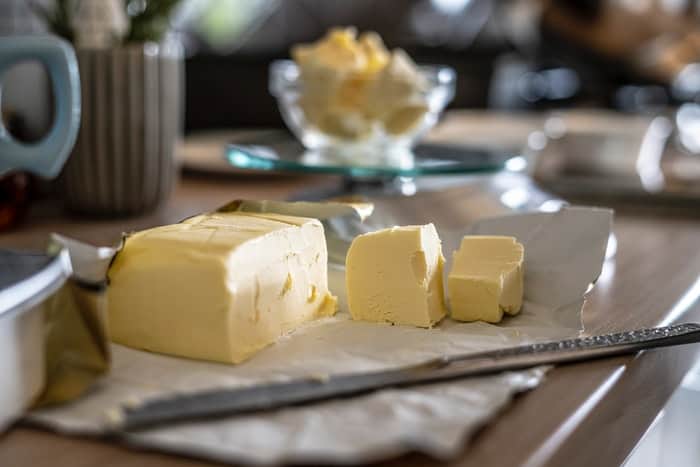 The grainy texture of vegan butter is often a sign that it has gone bad. This is because the fat molecules in vegan butter tend to clump together when they spoil, which results in a grainy texture. If you notice this graininess, it’s best to discard the butter and buy a fresh batch.

When vegan butter is made, it is typically a light yellow color. However, if the butter has been spoiled, it can begin to inconsistency in color, becoming darker in some areas and lighter in others. This is a sign that the butter has gone bad and should not be consumed.

The sour smell that is emanating from the vegan butter is an indicator that it has gone bad. The butter has most likely spoiled because of a lack of proper refrigeration or storage. When vegan butter spoils, it releases a sour smell that can be quite unpleasant. If you smell sour butter, it is best to discard it immediately to avoid any potential health risks.

Separation of Oil and Curdled Milk

The separation of oil and curdled milk is a sign that the vegan butter has gone bad. The oil will float to the top of the container, while the curdled milk will form a clump on the bottom. This separation is caused by the spoilage of the vegan butter, which is often due to bacteria or mold. When this happens, the butter will smell rank and taste sour.

Unpleasant aftertaste is often a sign that the food has gone bad. In the case of vegan butter, if it tastes unpleasant or has an aftertaste, it may be spoilt. This is because vegan butters often contain high levels of unsaturated fats, which can go bad if not stored properly.

The presence of mold growth on vegan butter is an indicator that the butter has spoiled and is no longer safe to consume. Mold is a type of fungus that can grow on many different types of food, including butter. If left untreated, mold can cause health problems in humans, so it’s important to discard any food that has signs of mold growth. 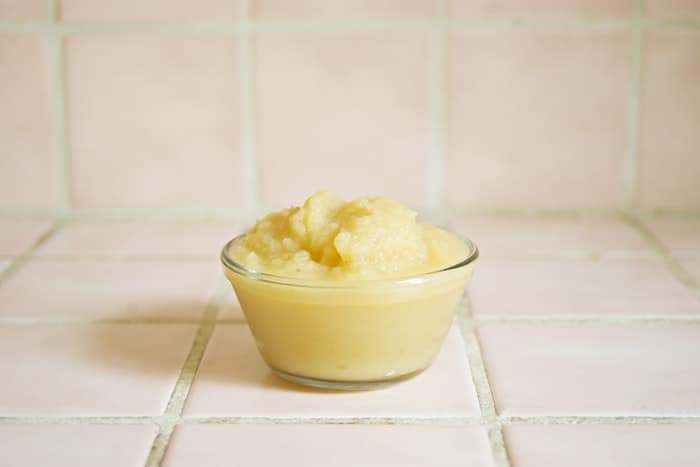 How Long Will Vegan Butter Last?

Vegan butter is a dairy-free, plant-based spread made from oils, water, and natural ingredients. It’s a popular choice for Vegans and those with dairy allergies or sensitivities. Because vegan butter is made without dairy, it has a longer shelf life than traditional butter. How long will vegan butter last in your pantry?

The shelf life of vegan butter varies depending on the brand you choose. Some brands have a shelf life of up to two years, while others have a shorter shelf life of six months to one year. It’s important to read the label before purchasing to determine how long the product will last.

When stored in a cool, dark place, vegan butter will last for several months past the expiration date. If you live in a hot climate, it’s best to store it in the refrigerator to extend its shelf life.

There is no simple answer to this question. Vegan butter is a plant-based product, so it does not contain cholesterol or dairy products. However, some brands of vegan butter may be high in saturated fat, which can be bad for your health.

You should always read the label to see how much saturated fat is in a particular brand of vegan butter. If you are looking for a healthy vegan butter option, try a brand that is low in saturated fat.

How to Store Vegan Butter to Prolong Its Shelf Life

As a vegan, you know the importance of having plant-based butter on hand. However, if you don’t store it properly, it can go bad before you have a chance to use it all. Here are some tips for storing vegan butter to prolong its shelf life:

Keep Vegan Butter in The Fridge

By refrigerating the butter, it will not spoil as quickly and will remain fresh for a longer period of time. This is due to the lower temperature slowing down the butter’s oxidation process, which is what causes it to spoil.

When it comes to vegan butter, there are a few things to keep in mind in order to prolong its shelf life. The first is that you should store it in an airtight container. This will help keep out bacteria and other contaminants that can cause the butter to spoil.

Keep Vegan Butter Away from Heat and Light

Use up Vegan Butter Within a Few Weeks of Opening

When you open a tub of vegan butter, it will start to spoil and go bad within a few weeks. This is because the butter is made of plant-based oils, which are not as shelf-stable as animal-based fats. The high level of moisture in the vegan butter makes it more vulnerable to bacteria growth, which can cause spoilage and food poisoning.

Freezing Vegan Butter will shorten its shelf life because the freezing process will cause the butter to become crumbly and significantly reduce its overall quality. The butter’s water content will also increase, leading to a shorter shelf life. Freezing also causes a loss of flavor and color.

In conclusion, vegan butter can spoil if not stored properly. Make sure to keep it in the fridge and use within a few weeks of purchase. If you notice any signs that it has gone bad, don’t eat it! Throw it out and buy a new jar.