Gathered Table
Contents show
1 Types of Mushrooms That are Gluten Free
1.1 White Button
1.2 Portobello
1.3 Crimini
1.4 Shiitake
2 Uses of Mushrooms
2.1 In the Production of Dietary Supplements
2.2 As a Natural Dye
2.3 In Crop Production to Improve Soil Health
2.4 As a Natural Source of Fiber
3 Why Are Mushroom Not Good for Health?
4 Is Mushroom a Vegetable?
5 Substitutes for Mushrooms
5.1 Eggplant
5.2 Zucchini
5.3 Tofu
5.4 Tempeh

When people think of gluten-free foods, they often think of mushrooms. However, some mushrooms are not actually gluten-free. This is because they are grown either directly on gluten grains or in close proximity to them, which means they can become contaminated with gluten.

While there are a few exceptions, most mushrooms are safe for people with gluten intolerance or celiac disease. But it is important to check the label of any mushrooms you purchase to make sure they are free of gluten. 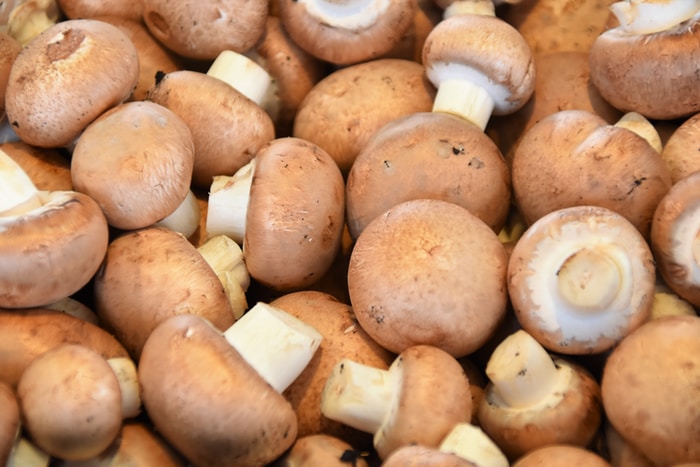 Types of Mushrooms That are Gluten Free

There are many types of mushrooms that are gluten free. For people who have Celiac disease or a gluten allergy, it is important to know which mushrooms are safe to eat. Some of the most common gluten free mushrooms are white button, Portobello, Crimini, and Shiitake.

The white button is a variety of mushroom that is most commonly found in grocery stores. It has a white cap and a white stem, and it is the most popular type of mushroom in the United States. White button mushrooms are low in calories and fat, and they are a good source of fiber, potassium, and vitamin C. They can be eaten raw or cooked, and they are a versatile ingredient that can be used in many different recipes.

Portobello are a variety of the culinary mushroom Agaricus Bisporus. They are large, flat, and dark brown to black in color. Portobello mushrooms are one of the most popular cultivated mushrooms in the world. They are widely available at grocery stores and farmers markets.

Shiitake are a type of edible mushroom that is found in Asia and North America. They are dark brown or black in color and have a smooth, slimy cap. Shiitake mushrooms are often used in cooking and are considered to be a delicacy. They are high in nutrients, including antioxidants and B vitamins, and have been shown to have anti-cancer properties. 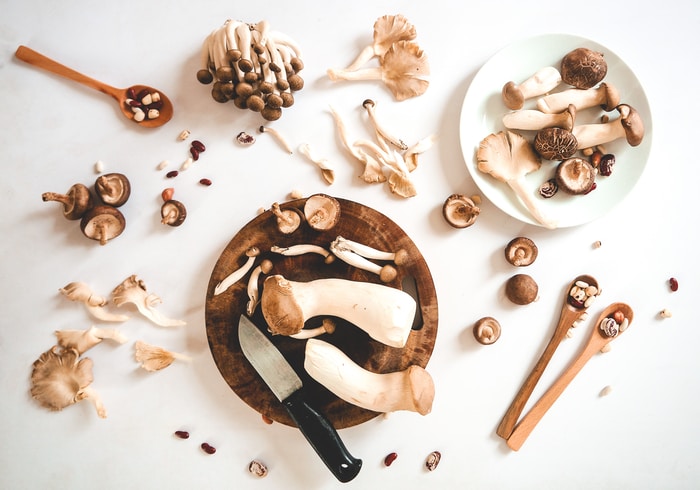 Mushrooms have been used in traditional medicine for centuries. They are also a popular ingredient in many dishes. But what are the other uses of mushrooms? Here is a list of some of the ways mushrooms can be used:

In the Production of Dietary Supplements

Fungi have been used in traditional Chinese medicine for centuries, and more recently mushrooms have been gaining popularity in the West as a dietary supplement. There are many different types of mushrooms, and they are all rich in antioxidants and other nutrients. Some mushrooms have been shown to have anti-inflammatory and anti-cancer properties.

As a Natural Dye

Mushrooms have been used for centuries as a natural dye. They are effective in dyeing wool, silk, and other natural fibers due to their colorants, which include melanin, carotenoids, and phenols. One of the advantages of using mushrooms as a natural dye is that they are environmentally friendly and non-toxic. In addition, mushrooms can be used to produce a wide range of colors, including yellow, orange, red, purple, and brown.

Mushrooms have been shown to be beneficial in crop production, as they improve soil health and help to protect plants from disease. This is because mushrooms contain a high concentration of beneficial enzymes and organic acids that break down complex molecules and minerals in the soil, making them more available to plants. In addition, mushrooms also produce beneficial mycelium, which helps to bind soil particles together, improving the structure of the soil.

As a Natural Source of Fiber

What most people don’t know is that mushrooms are a good source of dietary fiber. In fact, mushrooms contain twice as much fiber as broccoli. Fiber is important for maintaining gut health, and it can also help with weight loss and blood sugar control. 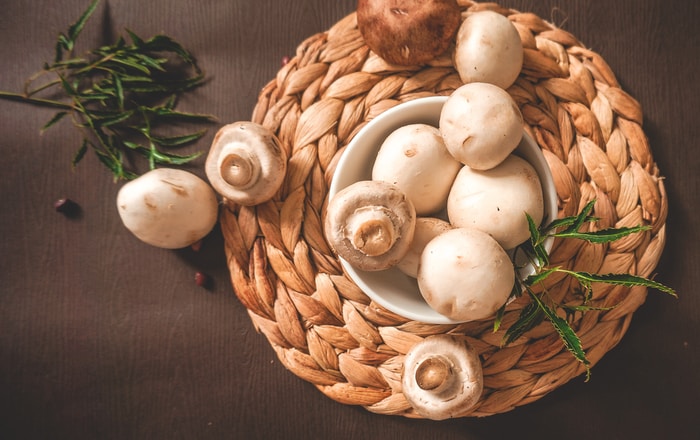 Why Are Mushroom Not Good for Health?

Mushrooms are not considered a healthy food choice by many because they are high in toxins. While there are some edible mushrooms, most are poisonous and can cause adverse health effects. Mushrooms can also interact with other medications, so it is important to speak with a doctor before adding them to your diet.

Is Mushroom a Vegetable?

Mushrooms are fungi that grow in the ground or on trees. They are a popular ingredient in many dishes, but are they a vegetable? The answer is a bit complicated. Mushrooms are not typically considered vegetables, but there is some debate over this classification. Some people argue that mushrooms are vegetables because they are part of the plant kingdom.

Mushrooms are a popular ingredient in many dishes, but they can be expensive and difficult to find. Here are some substitutes for mushrooms that you can use in your recipes.

Eggplant has a texture that is similar to mushrooms, and it also has a mild flavor that can be enhanced with seasonings. Additionally, eggplant is a good source of fiber, potassium, and vitamin C.

Zucchini can be used as substitutes for mushrooms in many recipes. They have a similar texture and flavor, so they are a great option if you are looking to add some variety to your dish or if you are allergic to mushrooms. Zucchini are a good source of vitamins A and C, so they are a healthy addition to your meal.

The average person might not think of tofu as a substitute for mushrooms, but this versatile food can actually be used in many recipes that call for mushrooms. Tofu has a slightly earthy flavor and a chewy texture that makes it a perfect stand-in for mushrooms in dishes like stir-fries, curries, and even pizza. Plus, tofu is a great way to add protein to your meal.

Tempeh is a fermented soybean cake that has a chewy texture and a nutty, earthy flavor which makes it a perfect substitute for mushrooms in many dishes. It is high in protein and fiber, and is a good source of vitamins B12 and E. Tempeh can be sautéed, grilled, or baked, and is a delicious addition to salads, sandwiches, and stir-fries.